UPDATE: Part 2 of this post is now published as well.

It’s been longer than I planned, but this post is a follow-up to my overview post, “Building Data and Services for Windows 8 Apps”. In that post, I outlined a couple of different ways that you can build out data storage and services to provide a back-end for your Windows 8 app (and of course, these services can be shared with other apps as well).

END_OF_DOCUMENT_TOKEN_TO_BE_REPLACED

If you’ve spent any time at all browsing the Windows Store, you may have noticed that there are more than a few apps that show up with the default store logo, which is a simple box with an X through it. The default logo included with the Visual Studio project templates is intended to look unfinished, so that developers will hopefully replace this logo with one that’s appropriately branded for their app. Here’s what one of these apps looks like (I’ve obscured the name of the app to avoid embarrassing the developer):

Notice that the app doesn’t have a great rating. Not necessarily a direct result of not having a nice store logo, but it doesn’t leave a great impression with potential customers.

END_OF_DOCUMENT_TOKEN_TO_BE_REPLACED

In this installment of Windows 8: What I’ve learned, I’ll discuss a bug in my app that came from a poor understanding of the underlying template I’d built on.

Getting Started with a Template

To jump start the development of my Windows Store app, Community Megaphone, I used the Grid App JavaScript template, shown below:

END_OF_DOCUMENT_TOKEN_TO_BE_REPLACED

So, you have your great idea for a Windows 8 app, you’ve registered for Generation App, and you’ve created your Windows Store account. You go to sign into your account later, and you see the following dialog: 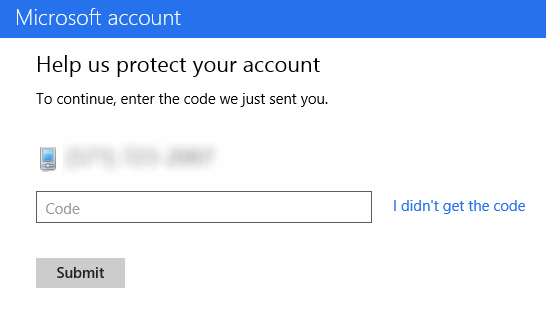 END_OF_DOCUMENT_TOKEN_TO_BE_REPLACED

One significant change between apps built with the Visual Studio 2012 release candidate and those built with RTM is the version of the Windows Library for JavaScript (WinJS) used. WinJS has been updated for RTM, so if you’re migrating an app from RC to RTM, you’ll need to update WinJS. There are two parts to this process:

END_OF_DOCUMENT_TOKEN_TO_BE_REPLACED

Most of my readers are probably aware that Windows 8 is on the horizon. If you’re a software developer, whether an experienced Windows dev, or one who works on other platform, chances are good that you’ve at least heard of it. What I propose to do in this post is argue for a simple proposition…every developer who would like to put some additional money in their pocket owes it to themselves to learn the What, Why, and How of the Windows Store.