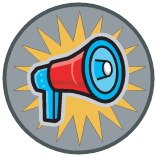 As I noted a few months ago, INETA North America is ceasing operations and wrapping up loose ends. As part of that wrap-up, the INETA board asked if I would be willing to help with community continuity through the website I created, Community Megaphone. The idea was for INETA to encourage folks on their mailing list to join a list I set up to discuss the future of Community Megaphone, and what kinds of features might help fill some of the gaps left behind by the end of INETA North America.

I’m looking forward to the feedback of the community, and finding better ways to serve the developer community, and I hope you’ll share your feedback, too.

This post may well come out sounding like an ad for Meetup.com. Not my intent, but so be it if that’s how it comes across.

I’ll also state clearly that I don’t have any formal connection with Meetup, although I am a co-organizer of the DC/Baltimore Windows App Developers Meetup, and I’ve also written a couple of APIMASH Starter Kits that leverage the Meetup API.

END_OF_DOCUMENT_TOKEN_TO_BE_REPLACED 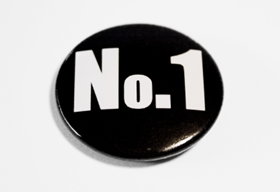 END_OF_DOCUMENT_TOKEN_TO_BE_REPLACED

You can teach people a lot by writing about best practices.

But sometimes, you can also teach by illustrating your own boneheaded moves that tripped you up. In other words, don’t do what I did.

Case in point is a recent issue I ran into when attempting to demo some HTML5 and JS code at last week’s CMAP main meeting. I had built a simple HTML5 site for consuming event data and the twitter stream for Community Megaphone. The twitter feed was working fine, but the event data, which was being populated dynamically from the Community Megaphone WCF Data Service via a call to jQuery‘s .ajax function, wasn’t working at all.

Unfortunately, I discovered this only a few minutes before the start of the meeting. The site had worked fine the last time I demoed it, so I hadn’t felt a strong need to test it again. Oops!

While I was trying to troubleshoot before the meeting got started, I got as far as discovering that the data service was throwing a 500 error, but wasn’t able to dig in further until I had a bit more time the following day. Those of you who have worked with WCF Data Services are probably nodding your head in recognition. One of the choices that the data services team made to enhance security is to provide very little information when things go wrong. That’s great for security because one of the main ways that the bad guys figure out how to exploit systems is by attempting to make them fail, and gleaning information from error messages returned. Unfortunately, what’s great for security is lousy for troubleshooting, particularly if you don’t have immediate access to the source for the failing service.

The good news is that while WCF Data Services is tight-lipped by default, with a few simple tweaks, you can get it to open up about what’s causing the problem. Once I was back at my home office, sitting in front of the code for the service, here’s what I did to troubleshoot, per this post that’s been out for a while:

Once you’ve made those changes (hopefully against a local or staging instance of your app, as you generally want to avoid sending detailed error messages in a production app), you should be able to see the full exception information, including the stack trace, and any inner exceptions. In my case, once I’d enabled these handy features, I saw the following when making a request to the service operation that was failing:

I’ve omitted some of the stack trace info to keep it a bit more brief, but the key bit is the type of the outer exception (EntityCommandExecutionException) and the message of the inner exception (“Invalid length parameter passed to the SUBSTRING function.”). With this info in hand, I was able to track the issue down to the SQL Server Stored Procedure I wrote to handle queries for events within a given distance of either a latitude/longitude pair, or a zip code (which the data service converts to a lat/long on the fly).

Turns out that the issue was poor logic within the stored procedure. Because Community Megaphone supports both in-person and online events, I needed a way to return only those events which were within the given distance (calculated by a user-defined function), which required parsing the latitude and longitude of each event, which are stored as a single column in the db (whether that was wise is a discussion for another day). In the original sproc, I did this by checking whether the value of the State column was either blank or ‘NA’ (as in not applicable). This worked fine for a very long time, but apparently subsequent to writing the sproc, I must have made a modification to some other code that allowed events to be added with a value other than blank or ‘NA’, and as a result, there was an online event which appeared to the sproc to be an in-person event. And when it tried to parse the non-existent lat/long value, it threw the exception above.

Fixing the data error was easy enough once I knew the cause, but that would only fix the problem for that one event. Fixing the sproc was pretty simple, too. Since the data that I’m parsing is the latlong column, then I just needed to make sure that there was a value in that column before trying to parse it. In .NET code, you’d simply call String.IsNullOrEmpty(stringval), but T-SQL doesn’t have a native IsNullOrEmpty function, so what to do?

A quick Bing search, and the answer was found in this blog post, which shows how to add your own IsNullOrEmpty user-defined function:

If @text is an empty string, it will match ”, and return 1 (true), if it’s null, ISNULL will substitute ” for its value, and again, it will return 1. For any other value, the function will return 0 (false). With the UDF in place, my logic for parsing the latlong is more robust:

The above T-SQL, which is part of the query that returns the matching events, will only attempt to parse the latitude and longitude values if they exist. Otherwise, it will return ‘0’ for the values.

A couple of things to note:

So to wrap up, here are a few tips and points to remember when working with stored procedures and data services:

I am a fan of small changes that open up big opportunities. I’m also a fan of reuse, and leveraging code in multiple apps or scenarios. And those of you who’ve known or read my blog for any length of time also know that I’m fond of talking about Community Megaphone, which is my current case in point for reuse.

Over the past few weeks, I’ve been working on a project which will remain secret for now, but which will be revealed early next year. During the course of this project, I was doing some work with geolocation and mapping, specifically building a list of maps for items from the Community Megaphone OData feed. In my initial experiments, I was rendering the maps using the Bing Maps JavaScript API, and I quickly realized that rendering dozens of interactive maps was not conducive to good performance, and practically speaking, wasn’t necessary to give the user the information I was looking to provide.