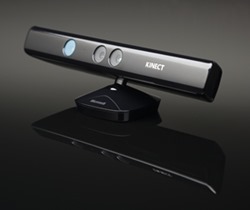 Wow…that didn’t take long. Looks like the folks responsible for making Kinect for Windows an awesome tool for developers looking to add NUI features to their applications are eager to move the platform forward at a rapid pace, as they’ve just announced the availability of the Kinect for Windows SDK 1.5, less than 4 months after the 1.0 release!

Highlights of the new SDK and Runtime (from the above announcement):

That’s definitely not all, but head on over to the announcement post to read the rest, or if you can’t wait, go grab the new bits. And while the bits are downloading, enjoy this overview video from Rob Relyea: